Adam Mogil graduated in 2003 from Western University of Health Sciences in California with a Masters in Physician Assistant Studies. He practices General Urology in Los Angeles, California with a focus in Men’s Sexual Health. Adam has been a member of the UAPA for nine years and has attended every UAPA conference since its inception. He has served as the Membership Committee co-chair since 2016 and continues to serve in this capacity. He also serves on the UAPA Education Committee and currently holds the role of Vice President of the UAPA.

Adam has been instrumental in hiring and training many Physician Assistants new to Urology and continues to advocate for PAs in this specialty. He has served as sub-investigator in multiple research studies for castrate-resistant prostate cancer, OAB and bladder cancer.

In his spare time, Adam enjoys spending time with his wife and two sons. His hobbies include skiing, gourmet cooking and mixology.

After receiving her degree from Midwestern University in Downers Grove, IL, Brooke worked for several years in general and vascular surgery before moving to the field of Urology. She has worked for UT Southwestern Medical Center’s department of urology for the past 10 years where she evaluates and treats patients with recurrent UTIs, incontinence, voiding dysfunction, hematuria, kidney stones, and other urologic complaints. She spends her time in the clinic seeing patients, performing procedures such as prostate biopsy, cystoscopy, and PTNS. She also sees inpatient urologic consults and first assists on robotic surgeries. She is a frequent speaker at the UT Southwestern PA school, local, state, and national conferences. She has published articles related to voiding problems in JAAPA, sits on the AUA APP Education Committee, and chairs an APP mentorship program at UT Southwestern.

Megan Bollner, PA-C, has been working in urology since 2017. She holds a Bachelor of Arts degree in French from Brigham Young University and a Master of Science in Physician Assistant Studies from UT Southwestern. She completed a one-year fellowship in urology at UTSW, after which she joined the staff of the Urology Department there. She divides her clinical time between the operating room, where she first-assists on robotic surgeries, and the outpatient clinic, where she sees general urology patients. She has a particular clinical interest in the medical management of nephrolithiasis. 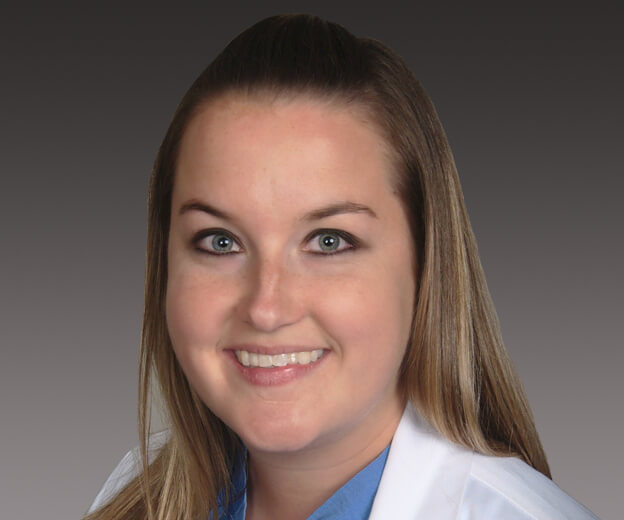 Sara graduated from Elon University with her Masters of Physician Assistant Studies in 2015. She began her career in Baltimore, MD as a General Surgery PA but quickly found a better fit in Urology. She joined Chesapeake Urology Associates in October 2016 and has continued to work as a hospital-based PA in addition to her weekly Advanced Prostate Cancer clinics. She is a member of AAPA and AUA and also founded a monthly Prostate Cancer Support Group for her office.

Patrick received a Bachelor of Science in Applied Exercise Physiology from Texas A&M University in 2005 and worked in the field of nuclear medicine cardiac stress testing for 2 years. He then went on to pursue his Master of Physician Assistant Studies from UT Southwestern which he completed in 2009. He initially joined the Department of Urology at Yale New Haven Hospital where he worked primarily on the inpatient service and as a robotic surgical first-assist, until moving back to Texas in late 2012. He has maintained certification with the National Commission on Certification of Physician Assistants since 2009.

Scott Young PA-C has been a Physician Assistant specializing in Urology since August of 2005. He works for Arizona Urology Specialists and has been a Phoenix resident since October of 2006. He earned his Bachelors of Science degree in Health Promotion and Rehabilitative Programs from Central Michigan University in 2001. He earned his Masters of Science Degree in Physician Assistant Studies also from Central Michigan University in 2003.

His interests include ED, hypogonadism and male/female voiding dysfunction. Scott lectures to the PA students at Midwestern University and Northern Arizona University PA programs as well as precepting students on clinical rotations. He is a member of AAPA, UAPA, AUA, ASAPA (Arizona) and SMSNA. He is married to an amazing PA in family practice and has 4 gorgeous children. In his spare time he enjoys coaching his kids sports and volunteering his time to local and international medical/spiritual missions.

David Coleman has been working in medicine since 1980 and as a healthcare provider since 1992. During his career, he’s been privileged to work in flight medicine, family practice, emergency medicine, urgent care, diabetes medicine, and urology. He has practiced in clinical, surgical, research, and emergency room settings and has lectured nationally on many medical topics. PA Coleman is a retired military officer who has experience working in military hospitals, VA Centers, Indian healthcare, and state-of-the-art civilian facilities. He has also been a leader in both state and national PA organizations for many years. He is a past-president of the Urological Association of PAs and currently serves as the UAPA Delegate to the AAPA House of Delegates. David lives in Wyoming and works in northern Colorado.